FreebieShark.com has been featured in the media and press, and is continuing to gain more attention and media coverage! I love to help others save thousands of dollars every year! If you would like to feature Jason and FreebieShark.com site, please contact me here. 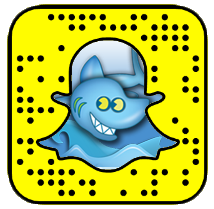 Scan this code on Snapchat to quickly add me!